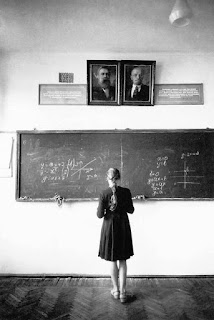 The following short story, The Powerful Odor of Mendacity, was one of those narratives. I fell in love with the main character, Annie Thomas, her family, and friends. I grew up in the turmoil of the mid-1960's, and Annie's experiences reflect that turbulent time in America.

I'm excited that her tale will be told in the novel The Whole World and All, scheduled to be published by Breath of Fresh Air Press in the near future!

But in the meantime, here's a little sample of Annie, her sister Kinsey, and Kinsey's southern friend, Peach.

The Powerful Odor of Mendacity

One morning, Peach and Kinsey took me downtown. My sister and her friend never went anywhere with me, so right away I was wondering what was up. We rode the bus to theSquare and hopped off at Reed’s Department Store. The sun was shining so brightly, I got an instant headache, and my headband made it worse. It was stabbing into my scalp with its tiny teeth like I had a hungry piranha stuck up there. Mr. Rivers swung open the door and held it as Peach sashayed through like she was Princess Grace. I mumbled my thanks and followed them inside.
“Hey, Peach, look at that,” Kinsey pointed at a skinny mannequin. “Pink from head to toe!”
“Law, Kinsey, I saw a girl wearing that same outfit on American Bandstand last week!”


They giggled. I rolled my eyes. Man! I could have been down at the creek with David and

Royce Withers catching crawdads but, instead, here I was, burning daylight with these two goofs.
”C’mon, you guys. Why’d I have to come? Let’s go get what we came for!”
“Stop whining, Annie. Heaven knows we wouldn’t have brought you if Mom wasn’t sick.” “Why’d Mom want me to come with you two turds?”
“Ugh! You’re so disgusting!”  Peach flipped her hair and swayed her skinny hips off toward

Kinsey looked at me like she was staring at an ugly bug. I couldn’t help but be impressed by the way she could curl her lip up so far.
“Come on,” she finally sighed.
She led the way to Peach, who was fingering a pink, lacy slip.
“Do you see them?” asked Kinsey.
“What?” Peach answered dreamily. She acted like she was in love with that slip.
“You know, them. It.”
Peach met Kinsey’s eyes, and they looked at me and smirked. My headache started beating my brains out. Uh oh.
“There’s a powerful odor of mendacity in this room!” I shouted.
“Shh! You weirdo! Don’t yell like that! What’d you say?”
“M-E-N-D-A-“
“Shut UP” Kinsey whispered between clinched teeth.
She pulled me into the aisle with the brassieres. At least, that’s what the sign said: PLATEX BRASSIERES 20% OFF.
Peach strolled over and said, “You just like to use big words because you think it makes you look smart. I bet you don’t even know what that means. Where’d you even hear a word like that?”


“Cat on a Hot Tin Roof.”
Peach raised her eyebrows to Kinsey and said, “Law, law.”
My sister put on her snotty face. “ Mom would never let you watch a movie like that! Where’d you see such a thing?”
“The Withers and me hid in the bushes over at the Twi-Light Drive-In”

“I’m telling Mom!”
“Like I care.”
I started back toward the front of the store, but Kinsey pulled me to a stop. She and Peach circled me like two ranch hands trying to rope a mustang. The next thing I knew, they were holding up those BRASSIERES and trying to measure the stupid things againstmy chest! My head swam, my cheeks turned hot as coals, and I started fighting them offwith both fists. I heard a confusing mix of voices as Kinsey and Peach tugged andwrapped those awful bands around me, until finally, they stopped, exhausted.
“We’re getting this one,” said Kinsey with tightly pursed lips.
I watched as the two girls hurried to the counter and paid for that thing. Kinsey motioned for me to follow and we left the store and got back on the bus. Shame melted me to the seat. The bag carrying the monster underwear seemed like it pulsated.

“Mom, we’re home!” Kinsey threw the bag on the chair, and she and Peach took off upstairs. She turned once and gave me a look of near pity.
I shuffled into the den, where Mom was lying on the sofa. She opened her arms, and I knelt into them, face hidden.“I’m sorry I couldn’t go, Honey.”“It was awful!” I cried.I could feel her stroking my hair.“Annie, everybody has to grow up. It’s the way God planned it.”She leaned over and whispered in my ear, “The Bible says, ‘I praise you because I am fearfully and wonderfully made.’ Someday, you’ll know God did a beautiful job making you into a woman.”“I’ll never wear it! Never!” I said fiercely.


Mom just smiled and kept stroking.
Posted by Dee Yoder at 3:48 AM