Dianne Price: Her Books Live On! 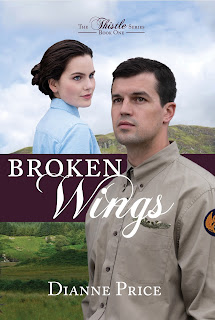 Ashberry Lane announces the bittersweet  release of Broken Wings, the first book in the Thistle Series. Only a  short time ago, we offered a contract  to the amazing Dianne Price for  her six-book WWII romance. Knowing she had terminal cancer,  we did everything within our power to get the first book out while she  was still alive.

However, she passed on to Glory one week shy of the  first release. How blessed we all are that her legacy lives on in these  stories. Please read Broken Wings and fall in love with Rob and Maggie and  the isle of Innisbraw. (Book Two, Wing and a Prayer,  releases in October!)

E-versions are available at:
Amazon
Barnes & Noble
and in all other e-formats at Smashwords
The print book will release soon--check our Product Page to place your order!
The Book's Dedication

Foremost, to the glory of my Lord and Savior, Jesus Christ. And for my  husband and best friend, True, who always wore the “Colonel’s cap” in  our family, but only with calm Christian dedication, love, and  compassion. See you in Heaven, my luve! 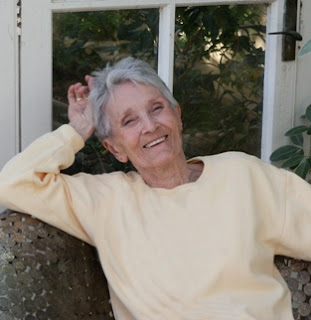 Dianne was granted her wish and she joined her beloved Savior and her husband in Heaven. She is  probably dancing a Scots reel even as you read this.

He lives to fly—until a jagged piece of flack changes his life forever.

A  tragic childhood has turned American Air Forces Colonel Rob Savage into  an outwardly indifferent loner who is afraid to give his heart to  anyone. RAF nurse Maggie McGrath has always dreamed of falling in love  and settling down in a thatched cottage to raise a croftful of bairns,  but the war has taken her far from Innisbraw, her tiny Scots island  home.

Hitler’s bloody quest to conquer Europe seems far away  when Rob and Maggie are sent to an infirmary on Innisbraw to begin his  rehabilitation from disabling injuries. Yet they find themselves caught  in a battle between Rob’s past, God’s plan, and the evil some islanders  harbor in their souls. Which will triumph?

Dianne fell in love with writing at the age of five. Because her  father was a barnstorming pilot, she was bitten early by the “flying  bug” as well. She attended the University of California, Santa Barbara  and met and married the man God had prepared for her—an aeronautical  engineer. After their five children were in school, she burned the  midnight oil and wrote three novels, all published by Zebra Press. When  her husband died only three years after he retired, she felt drawn to  visit the Outer Hebrides Isles of Scotland, where her husband’s clan  (MacDonalds) and her own clan (Galbraiths) originated. Many yearly  trips, gallons of tea, too little sleep, and a burst of insight birthed  her Thistle Series.

PUBLISHER’S NOTE: Dianne, born August 1933, lived joyfully despite  dealing with terminal cancer and died in August 2013, a mere week before  the release date for the first book of this series, Broken Wings.  Everyone involved with the production of this book and the next five has  been blessed beyond measure to have known Dianne and be a part of  giving readers a chance to meet Rob and Maggie and visit the beautiful,  fictional isle of Innisbraw.

Leave a message for her family and sign up to hear the latest about her  books at Dianne's publishing page or "Like" her Facebook page. Also, sign up for the Ashberry Lane newsletter to always know the latest about Dianne's releases.

Edenoaks Air Base, England
Early May, 1942